In its 2016 “Visions of Future Shipping” paper, Wärtsilä proposed ideas that could change the way that shipping companies operate in the future. One of the most novel ideas was ships traveling in convoy. Researchers at MIT explain that “like birds and fighter jets flying in formation, or bikers and race car drivers drafting in packs, vehicles experience less aerodynamic drag when they drive close together.”

For the 2017 Ports and Logistics Hackathon, we set about to take create a platform for helping ships to form convoys for 10 - 20% in improved fuel efficiency. Aside from the fuel efficiency gains, traveling in convoys also allows ships to share resources like medical supplies rather than make expensive detours.

The following visualization, created by Kiln and the UCL Energy Institute, shows the global movement of ships in 2012.

To allow these ships to become convoys, we created Converge. The target market is small shipping companies that could collaborate with each other to compete with the giant, more fuel-efficient ships of their goliath competitors. Based on the data shown above and other ship lane data, we chose 5 of the highest-traffic routes for the first version of the product.

Each dot represents a convoy of ships traveling along one of the routes. 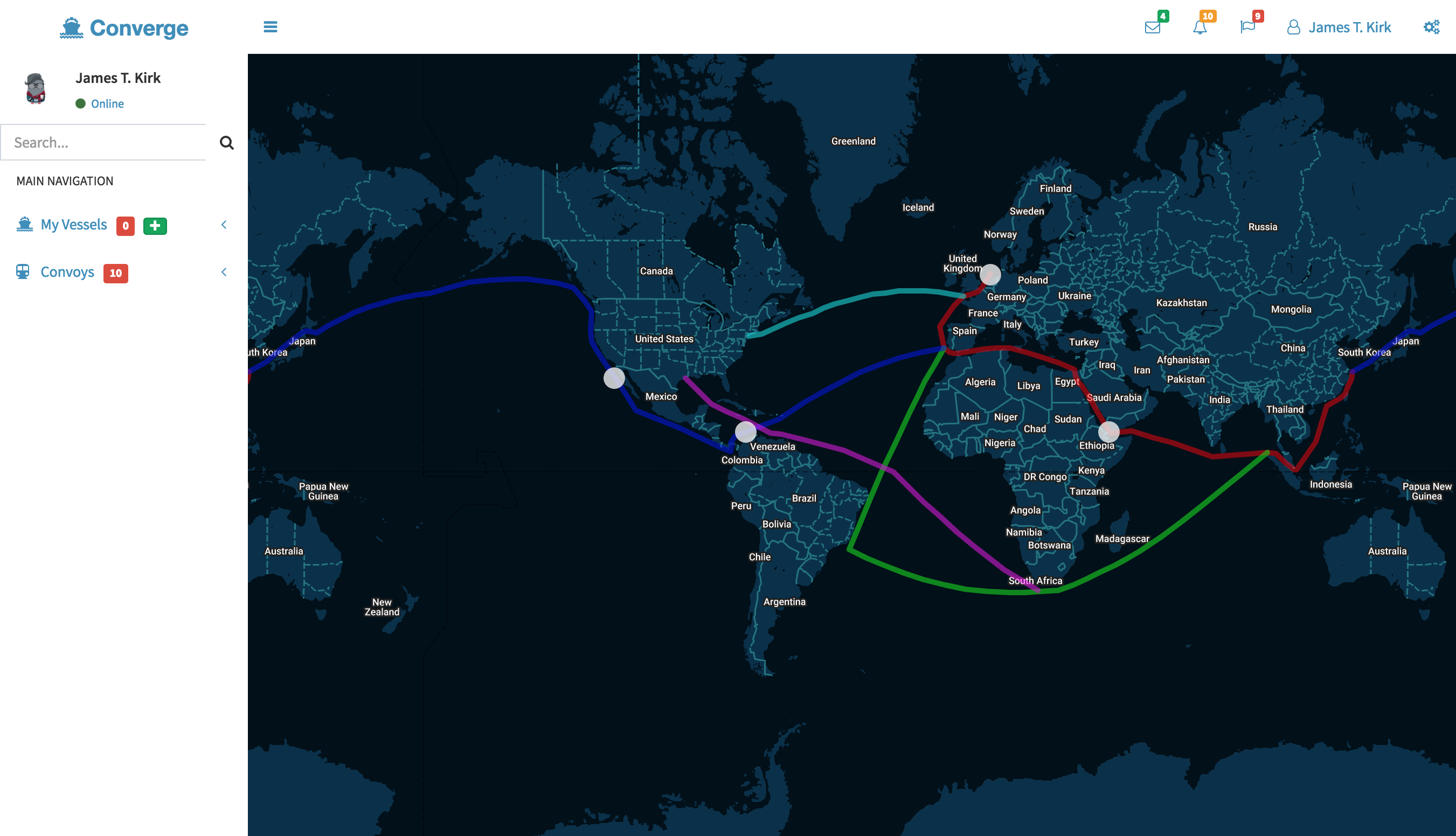 I’m a Brooklyn-based software engineer and entrepreneur currently at Google.

I’ve founded a couple of things. Previously, I led the new products team engineering team at Phosphorus Genomics, analyzing genetic data and educating tens of thousands of people on their risks of developing or passing on genetic diseases.

Away from the keyboard, I make food and music. I’m half of a band called Cellolele and I once played in an ad for Versace.